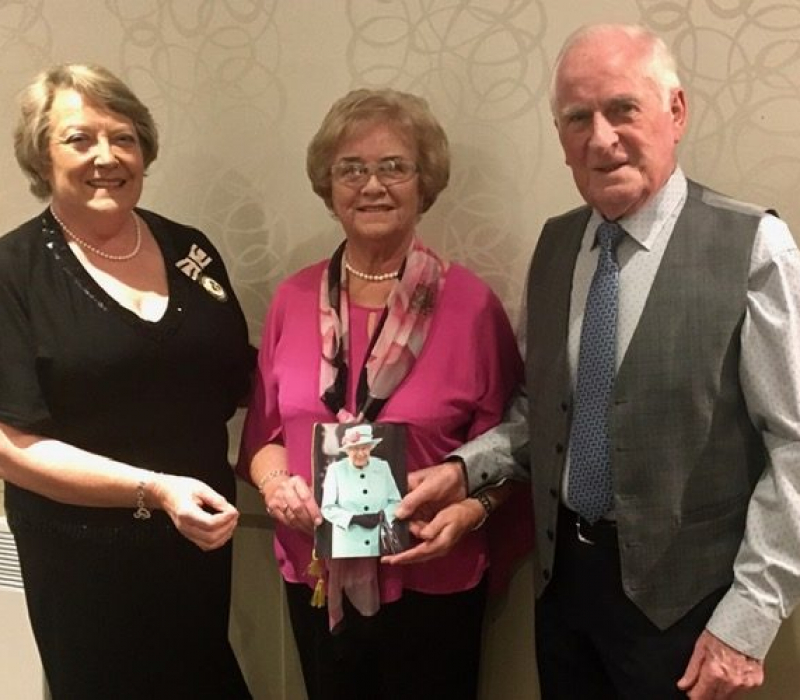 60th Wedding Anniversary Congratulations to Viviene and Dessie Wright from Coleraine as they receive 60th anniversary congratulations from Her Majesty. Lady Karen Girvan DL was delighted to represent The Lord Lieutenant of the County at their party in The Lodge Hotel in Coleraine.

Dessie is reknowned for his ploughing skills which won him many awards and World Championship Titles. He and Viviene have long been involved with the Northern Ireland Ploughing Association and have contributed much to their rural community over the years.