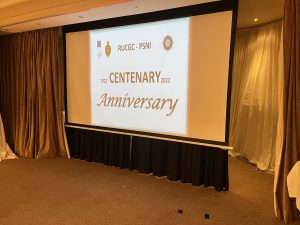 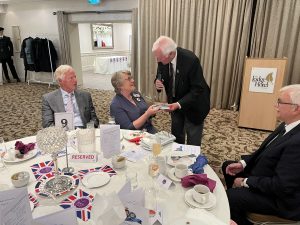 The event was organised by the Coleraine Local Voluntary Welfare Group and held in the Lodge Hotel in Coleraine where after a fine meal the guests were entertained by the Coleraine Fife and Drum Band. As the guest of honour Lady Girvan was presented with a copy of ‘Birth of the Royal Ulster Constabulary’ by the author himself, Sampson Trotter MBE,QPM,BEM. She and her husband Lord Girvan were delighted to attend the event and enjoyed the company of many who had served in the RUC over the years.