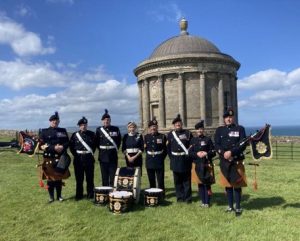 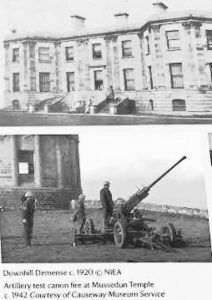 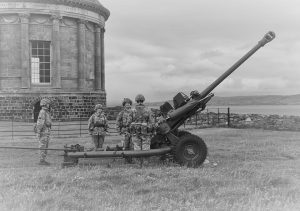 With kind permission of the National Trust The 206 (Ulster) Battery of the Royal Artillery, also known as the Ulster Gunners, fired a commemorative gun salute at Mussenden Temple on the Downhill Estate at 12.00 noon on 20 Aug 2022. 21 rounds were fired at 5 second intervals from 3 guns. The guns fired this commemorative salute to recall the location being used as a gun defence post during WW2 day.

The Lord Lieutenant Alison Millar was in attendance as guest of honour and congratulated those involved.