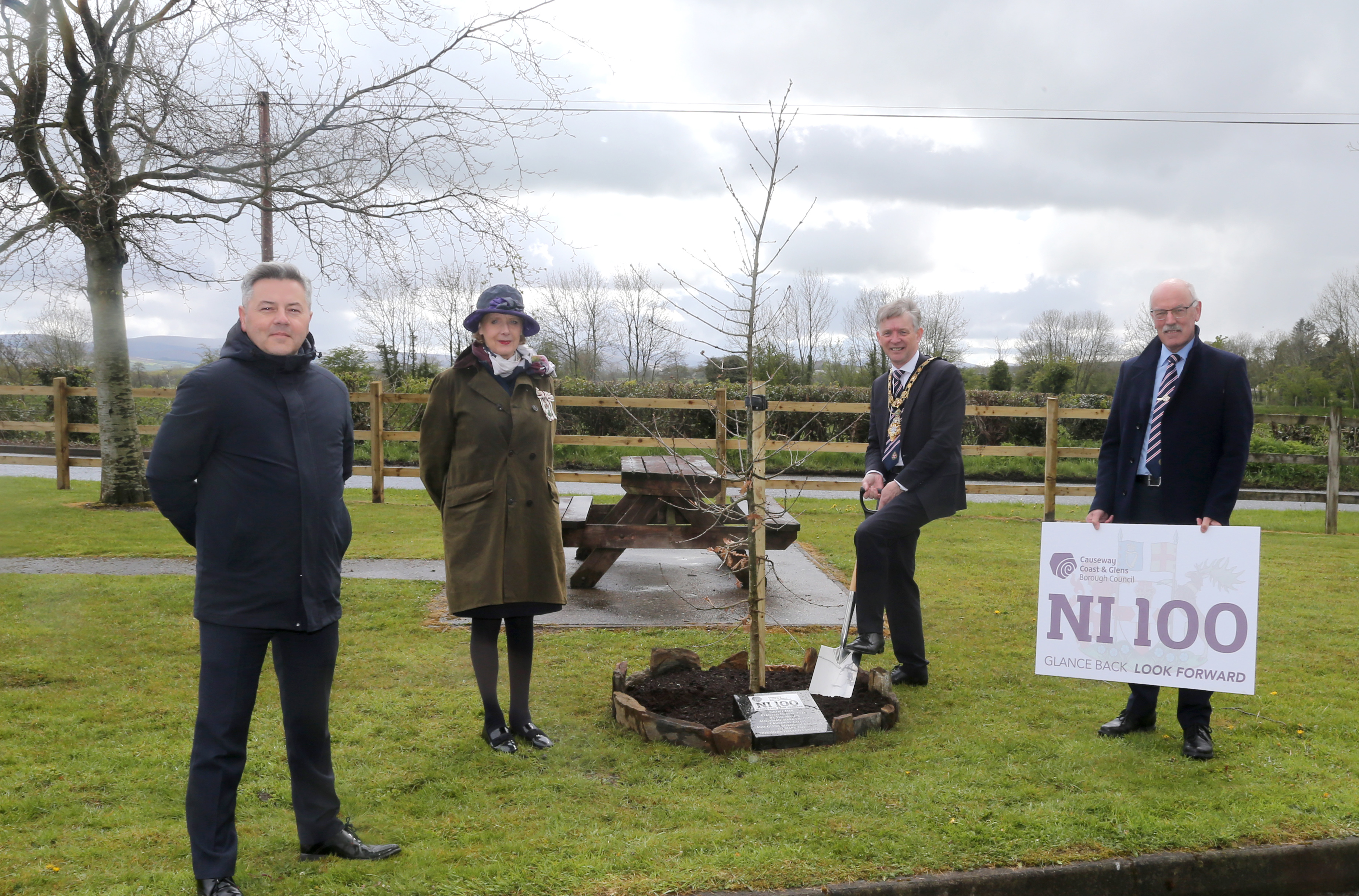 Planting of an Oak Tree at Burnfoot, near Dungiven in commemoration of the Centenary. Present are the Mayor, Mark Fielding, Lord Lieutenant Of County Alison Millar and Councillors, Alan Robinson and Edgar Scott. 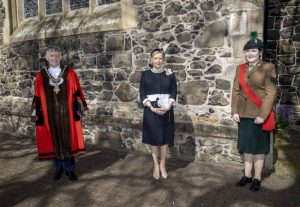 Over the year the Lord Lieutenant, Mrs Alison Millar, will attend several events to commemorate the Centenary of the founding of the State of Northern Ireland. In early May she was invited to St Patrick’s Church in Coleraine for a special Service of Commemoration and Reflection. She was accompanied by her cadet Corporal Sabrina Pickering. The Service was hosted by the Mayor of Causeway Coast and Glens Council, Alderman Mark Fielding, and it was attended by a wide range of Political and Civic representatives including the First Minister Mrs Arlene Foster.

Tree planting across NI is very much part of the Centenary commemorations involving schools, Borough Councils and communities and Mrs Millar planted an Oak Tree at Burnfoot, near Dungiven, along with the Mayor and Councillors Alan Robinson and Edgar Scott.

The Oak, a wonderfully study native tree that supports more life than any other native tree species in the UK, holds a special place in our County’s culture and history not least in our very place name, County of Doire, meaning Oak Grove. Mrs Millar commented that “In Her message Her Majesty the Queen refers to the sustained fortitude and commitment needed to maintain peace and that she had seen these qualities in abundance on Her many visits to Northern Ireland and may this little tree be a simple symbol of such qualities.”

Mayor Fielding added “Over the years, these saplings will grow into beautiful, mature trees, reflecting the continued growth and development of Northern Ireland and its people, and encourage us to look to the future together.”