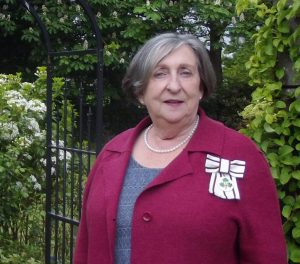 Mrs Burnside was a nurse who became Chief Executive of Altnagelvin Hospital Trust. In addition to her career she contributed to the wider community by her membership of a number of important public and professional bodies throughout the United Kingdom. Her contribution was always inclusive within our often divided community. She was awarded an OBE for her work.

She is survived by her husband Mr Sam Burnside MBE, her three children and five grandchildren.