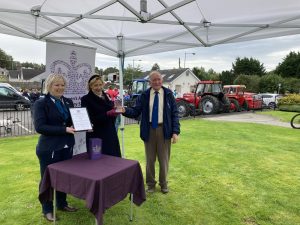 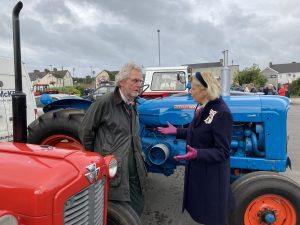 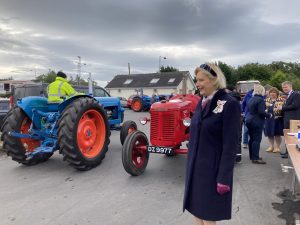 The presentation of the Queen’s Award for Voluntary Service to The Garvagh Clydesdale and Vintage Vehicle Club was a most happy and colourful event.

Handing the award to the Chairperson Nevin Smyth and Secretary Michelle Knight-McQuillan, the Lord Lieutenant, Mrs Alison Millar, was hugely complimentary about the enormous efforts the volunteers make in preserving history in vintage vehicles, machinery and farming methods, including Clydesdale horses. They have been achieving this by holding one of the largest shows of its kind annually, as well as hosting vintage ploughing matches and many other pursuits involving their passion for horsepower of both the mechanical and four legged type. And the annual show’s colourful parade is a major local attraction. All work is done by volunteers of all ages and through all their endeavours they have also raised many hundreds of 100’s of thousands of pounds for local medical and other charities. The presentation was made on what would have been their 25th anniversary show – but Covid restrictions meant cancelling the event. There was though a sizable charity tractor and car rally.