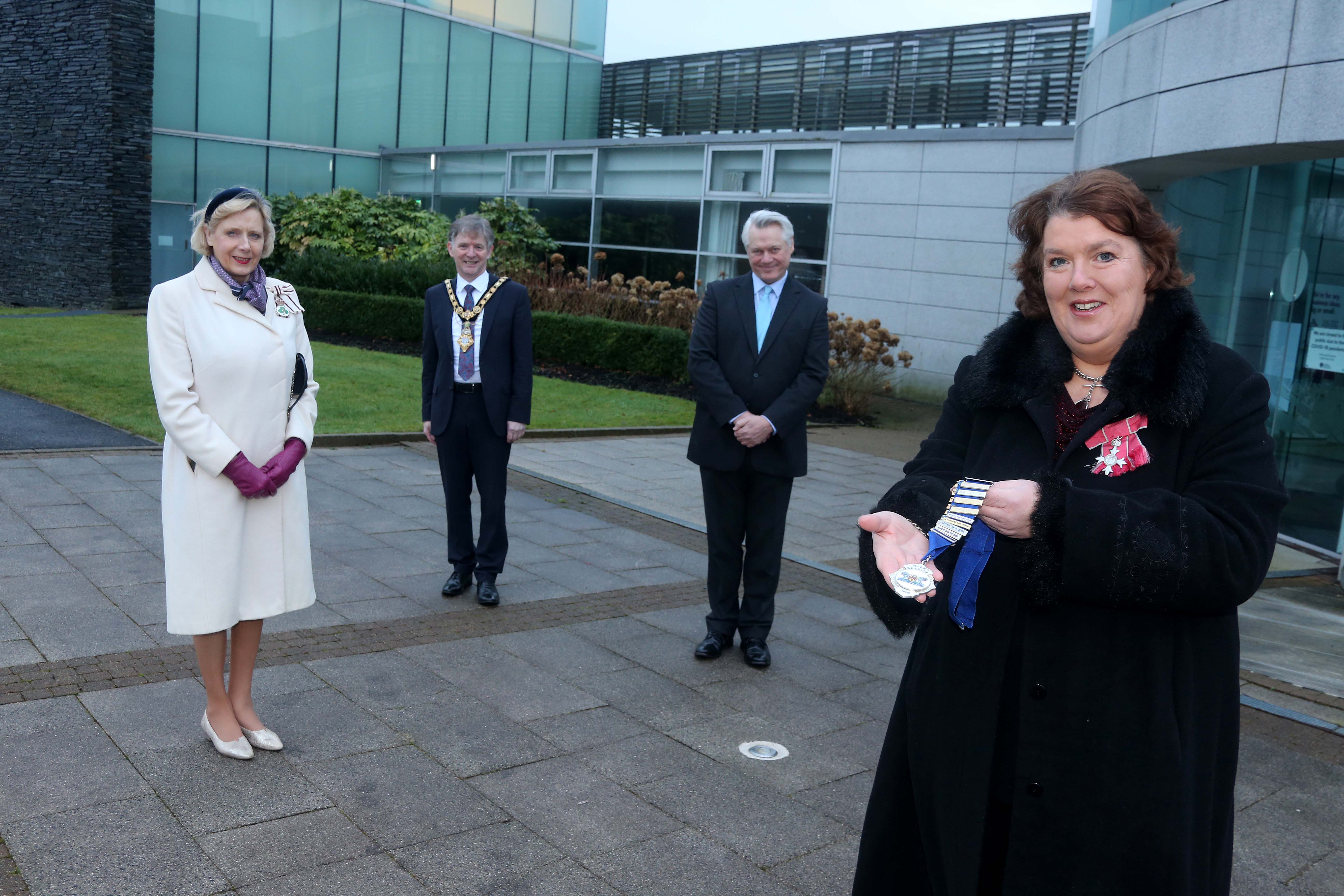 Paula McIntyre MBE, chef, TV and radio star, teacher, author and long time advocate of NI food producers and their products, accepts the Chain of Office of The High Sheriff of County Londonderry for 2021.

The formal handover took place at Cloonavin, in the presence of outgoing High Sheriff, Ross Wilson, one of our greatest living Irish Artists, the Lord Lieutenant of the County Mrs Alison Millar and the Mayor of the Causeway Coast and Glens Borough Council, Alderman Mark Fielding.

Paula, originally from Aghadowey, will hold the office of High Sheriff for one year. She is one of Ireland’s top broadcasting chefs and has become well known for her role in promoting good cooking and the use of local produce. Among her many activities she is the resident chef on BBC Radio Ulster’s Saturday Magazine programme with John Toal and her down to earth approach to food is much loved.

She trained in the culinary arts at the prestigious Johnson and Wales University in Rhode Island, USA, she returned to the UK in 1993, worked in Michelin-starred restaurants in London, set up her own restaurant in Manchester and returned to NI to be head chef in some of the country’s top eateries. Over the years she has built a tremendous reputation without loosing her down to earth approach to food and her great sense of humour.

Paula is passionate about her craft, what’s going on in the food industry, voicing concerns and praising others that deserve recognition.